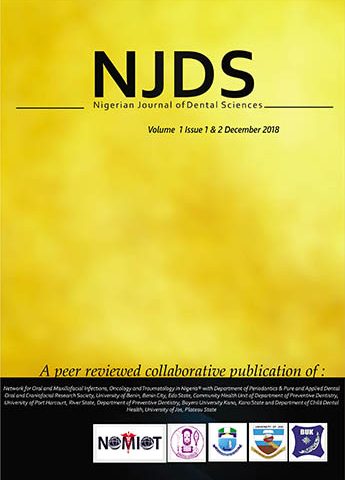 Objective: To examine the HIV-related discrimination toward people living with HIV/AIDS (PLWHA) among dental patients.

Results: PLWHA were characterized by the participants as people that engage in irresponsible behaviours (19.4%), have many sexual partners (24.4%), do not care if they infect other people (26.3%), promiscuous (13.8%), dirty people (2.5%) and cursed people (1.3%). Shaming (11.3%) and blaming (10.0%) of PLWHA were noted among the participants. Participants agreed that PLWHA should not be allowed to have babies (11.3%), must have their freedom restricted (13.1%) and should not be allowed to work (4.4%). Social interaction/contact inhibition were observed as fifteen percent (15.0%) dislike having contact with them, 11.3% do not want to be friends with them, 11.9% were reluctant to live in the same community, 3.8% would pack out of the compound their neighbor is living HIV/AIDS positive and 3.8% agreed that PLWHA should be isolated. Moderate to severe stigma/discrimination was reported by 22.5% of the participants. Awareness of PLWHA was statistically significant with stigma/discrimination (P=0.006) (Table 3)..

Conclusion: This study showed a quarter (22.5%) of the participants had moderate to severe discrimination towards PLWHA which was significantly associated with awareness of the status of PLWHA. Efforts to improve HIV status disclosure will necessarily decrease related stigma/discrimination.

Objective: To examine concerns and care seeking behaviour for dental caries among dental out patients in Central Hospital, Benin City.

Methods: The cross-sectional study was carried out in Dental Centre of Central Hospital, Benin City which is a secondary health care facility in Edo State. A total population of 194 participants (18 years and above) attending the clinic during the four weeks study period participated in the study. Data was collected on their socio-demographic characteristics, worry and care seeking for dental caries.

Results: A total of 194 respondents participated in the study. Two-thirds (67.0%) of the respondents have experienced dental caries and 72.7% expressed different levels of worry about it while only 34.6% went for treatment immediately they knew. Finance (lack of money) was the major (53.1%) factor that influenced respondents’ health seeking pattern.

Objective: To report a rare case of craniofacial necrotising fasciitis and to review the aetiology, pathogenesis, diagnosis, complications, treatment and outcome. 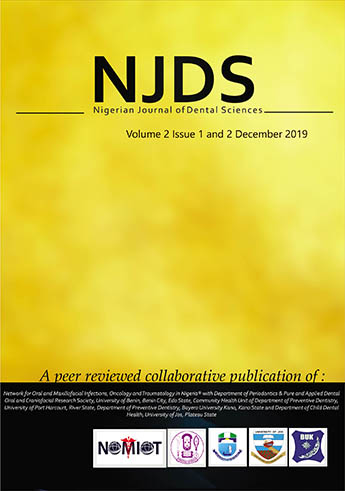